It's more than paintball.

Get suited and booted in our overalls, battle packs and masks and prepare yourselves for battle. Groups will be split into teams and pitted against each other to see who reigns victorious. Throughout the different zones, the kind of places you see in war movies, you will take part in a variety of games, such as Signal Tower, Storm The Hill, Trenches and The Swamp amongst others.

Can your team work together to overcome your opponents? You’re part of story and you might just be the hero. Many battles will be fought, but who will win the war?

That my friends, is a day at The Jungle Paintball. There is nowhere else in Ireland that offers such a diverse range of zones, a wide scope of games or the same rush of adrenaline.

If you’re into Paintball, this is home. If this is your first time, well, apologies for ruining everywhere else you play in the future.

Prepare accordingly, things could get messy!

Perhaps the most rewarding outcome in Paintball is when you track down and target a lone ranger. That’s often a long, frustrating pursuit which could easily be a trap. For the brave soul on the other side of the stand-off, they may have bitten off more than they can chew when being faced with an army of opponents in an open battlefield.

Whatever the situation and type of player, we here at The Jungle offer a variety of Paintball Packages perfect for Team Building, Stag & Hen Parties, Birthday Parties, Corporate events or for settling scores with a bunch of friends.

When a group has 25 combatants or more, we tend to let them get on with it. They’ll have plans hatched and targets in mind and who are we to step in the way. Play on.

For smaller groups, including individuals and couples, we like to mix and match. It helps keeps things interesting for everyone. As often as not, it’s the enemies on-the-ground and not the comrades-in-arms who become best of friends once all the dust has settled and they’re back in their civvies. Sometimes you just have to congratulate an opponent on being a good shot. After all, it’s just a bit of fun…for most!

What should I wear?
Trainers or Boots that can be well tied. We recommend old clothing and footwear to go under your overalls. Dress appropriately for the weather forecast.
Are there any restrictions?
Yes, participants must be at least 16 years old to play Paintball.
Can I bring my own equipment?
You can bring your own marker/gun IF you provide a valid Firearms Certificate. You CAN NOT bring your own paint; only paint purchase onsite at The Jungle NI can be used. If in doubt check with office staff on +44(0)28 8674 8881.
Can I take pictures?
It is not advisable to bring a camera or any other loose or valuable items into the Paintball Game Zones. There are lockers in the safe zone area where you can store you valuables.
Do you have to book activities?
Yes, all activities must be booked in advance before arrival. Please book as far in advance as possible, at the latest before 4pm for the following day.
How much do extra paintballs cost?
£8 for 100 or £35 for 500 paintballs.
Is it safe?
Yes it is completely safe and conducted in a secure, controlled environment. All Activity Instructors are fully qualified and have years of experience instructing this activity. A thorough safety briefing will be provided and staff will be on hand at all times offering support and assistance should you need it. The Jungle is AdventureMark accredited meaning the provision of our activities has been inspected and found to meet the necessary standards of good practise in the adventure activity industry.
Is Paintball difficult?
Paintball is not difficult; it is suitable for all people over 16 and all abilities however, it does require a degree of physical and mental exertion. It is up to each participant to decide if they are up for the challenge.
Is there a spectator area for the Paintball?
No, there is currently no spectator area for Paintball as all people in the Game Zone must wear masks.
What happens if I run out of ammo?
Good luck!
What happens in bad weather?
The Jungle NI firmly believes that there is no such thing as bad weather simply poor clothing therefore Paintball operates come rain, hail or snow – as long as you don’t mind getting wet and muddy! Only in extreme conditions will The Jungle NI cancel your sessions and IF this should occur you will have the option to simply transfer your booking to a different day or, receive the value you paid for the activity in Voucher form.
What is the difference between the Speedball and Half-Day Package?
The Speedball Package operates on a pay-as-you play basis so there is no fixed finish time rather you can choose when you wish to exit the game, Speedball participants start with 100 paintballs while the Half-Day Package has fixed finish times (from 10am to 1pm or 1.30pm to 4.30pm) and participants start with 300 paintballs.
What is the maximum number of participants?
The maximum number at any time is 100 players.
What is the minimum number of participants required?
The minimum group size is 6 people. We recommend 10 people.
What is the Speedball Package?
The price of the Speedball package includes your kit and 100 free paintballs and operates on a pay-as-you-play basis whereby you can play until your paintballs run out and at that point, you can either exit the game or continue play by purchasing more paintballs.
What time does the Speedball package start/how long does it last?
As with all other Paintball packages the Speedball starts at either 10am or 1.30pm.
When is this activity available?
Paintball is available seven days a week, all year round. Late evening sessions can be arranged in summer months, in Winter however, sessions may be forced to conclude by 3pm due to lack of daylight. 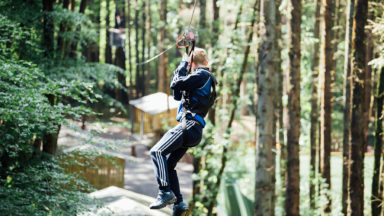 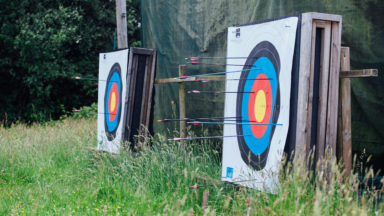 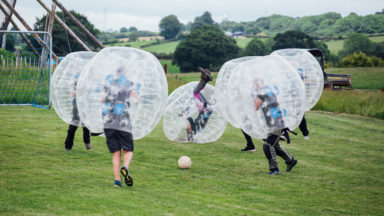 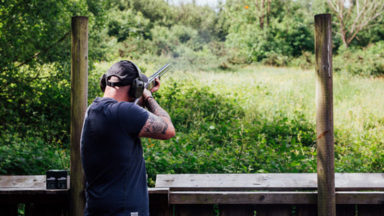 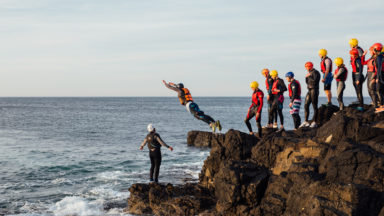 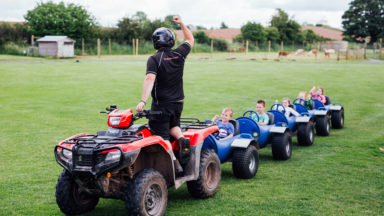 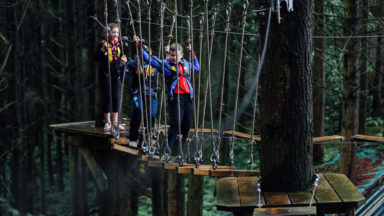 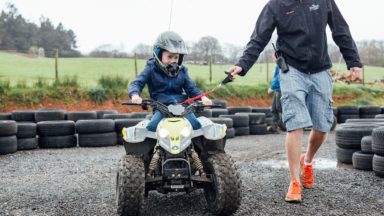 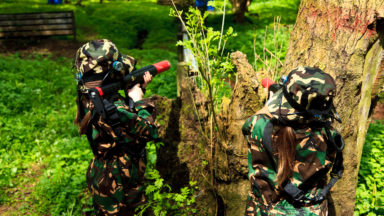 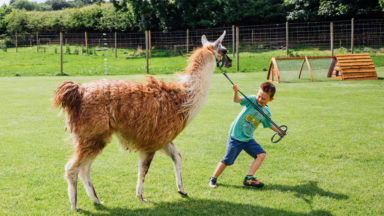 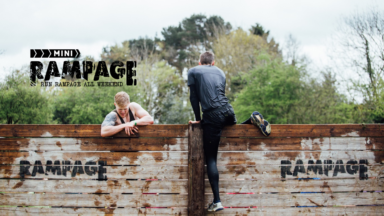 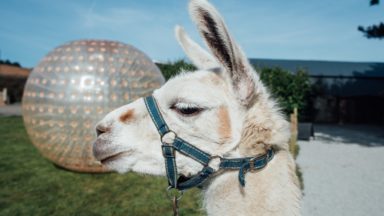 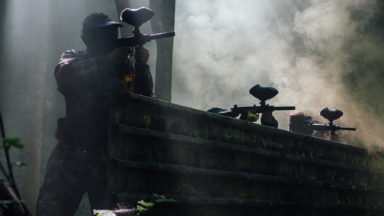 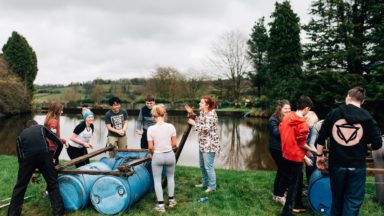 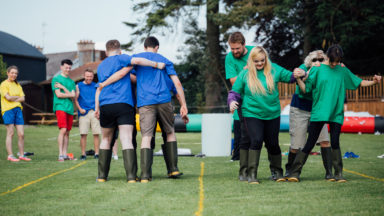 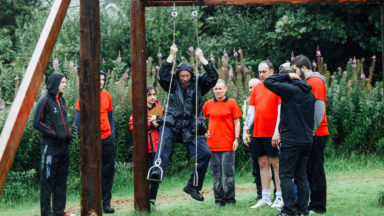 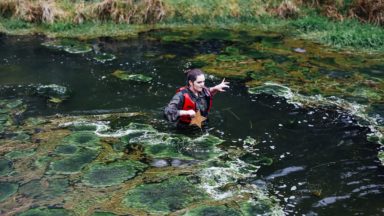 Team Building Get Me Out of Here 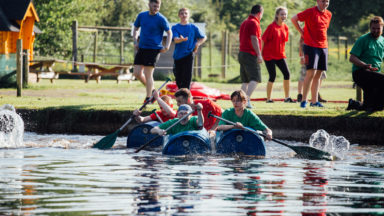 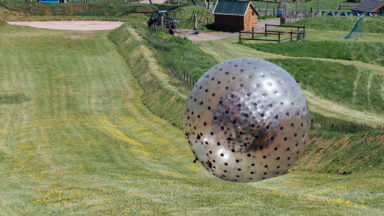